Twelfth Sunday in Ordinary Time (A)

Do not be afraid of those who kill the body 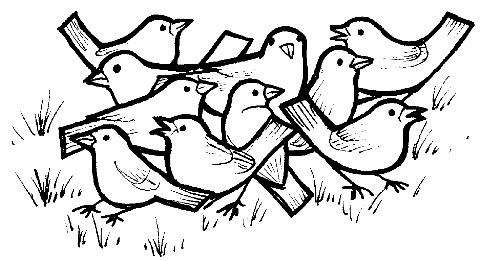 The Word This Week

Todays Gospel turns our thoughts to the strange phenomenon of persecution: throughout the history of mankind, the truth has been a commodity that often leads to persecution: the prophets of the Old Testament were attacked because of their message, as was the Lord Jesus himself. For his followers, the same may be true. The point of the readings is not simply to face up to the reality of the opposition the Gospel may meet, but to remember where the truth of the Gospel comes from: the Father in heaven, who knows us and values us. So we can be confirmed in our mission to witness to the truth, not fearing those who merely kill the body.

Jeremiah was a courageous prophet who never shrank from his task of proclaiming the Word of God - even when this resulted in his persecution. Just before the passage we hear today, he has been arrested, beaten and put in the stocks; he says himself I am a daily laughing-stock, everybodys butt. The reading is divided into three sections: Jeremiah quoting his enemies, his statement about eventual victory and his prayer to the Lord of Hosts. You must take note of these three styles in your reading. Be careful not to act during the first section, when Jeremiah wretchedly quotes the mocking of the people - the most important part of the readers task is making sure that the listeners can tell who is speaking: use a slight change in tone, and pause between different voices. Then allow the faith in the Lord to come out, stressing the line the Lord is at my side. Finally, allow the last four lines to stand out as the triumphant praise of a prophet who puts all his trust in God.

This reading is fairly simple, but still demands a degree of care: the basic idea is one of Pauls series of contrasts - here between Adam and Christ. Adam brought sin (and therefore death) into the world; Christ has given grace. Paul is developing a rather tight argument, so take your time with the reading, allowing each point Paul makes to sink home before moving on to the next. Be careful with the middle point - about sin and the Law: Paul is saying that sin is more than a matter of simply transgressing the Law as given by Moses, therefore substantiating his claim that everyone has sinned - even before the Law was given. The real point of the reading, however, is the last paragraph, where Paul talks of the wonderful abundant free gift given in Christ. He is the One to come, and it is through him (as Paul is at pains to point out throughout the letter) that salvation comes. Stress gift, even more certain... and to so many... so that your listeners can grasp how wonderful this gift is.

Click on the link to get this week's Gospel based Wordsearch. Feel free to copy and paste it into your parish publications.